It might seem like something out of the Middle Ages, but Phillip Leitch (Victoria’s only professional knight) has recently taken out a coveted international jousting title. The Tournoi de Sainte Suzanne is a prestigious international competition that is held in France each year. This year it took place on Saturday the 2nd and Sunday the 3rd of July.

Phillip was crowned the overall winner of the tournament, as he was awarded the most points across the weekend. He competed in jousting competitions (using both solid and balsa lances), foot combat, skills at arms and the mounted melee. He described the competitions as “fierce”, particularly as they used mostly real weapons (although some rubber ones are also used).

He has said that he is “always surprised when (he) wins” and described the feeling of seeing his own personal flag flying over the French castle after being crowned the winner as “overwhelming”. We can only imagine that it would have been a very emotional time for all the knights involved!

Supporting Phillip in his endeavours were his wife, Lisa, and their 14 year old daughter, Mieka.

But who is Phillip Leitch? He is an ex-Australian Special Forces solider who has spent the past 7 years studying medieval practices. He works at popular Ballarat attraction, Kryal Castle, as a knight along with his wife and daughter. Each day, he dons a 35kg custom-built suit of shining armour that is designed to protect him from the hits landed during demonstrations.

Phillip says that he first came across the sport of jousting during his research into the Middle Ages and instantly fell in love with it. It’s more than a hobby – it has become his life. Phillip has already said that he plans to return to the arena upon returning home from France – it seems that there is no rest for the wicked (or perhaps he’s already preparing for next years competition?). 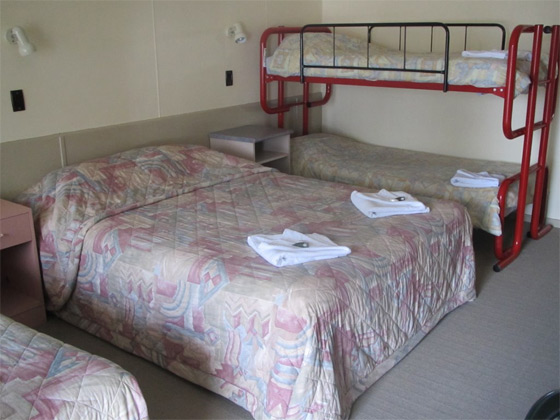 The team at Ballarat Budget Motel would like to congratulate Phillip on his success in France – it’s an amazing achievement and we are so proud that the winner comes from our very own little slice of heaven! Kryal Castle is only a short 5 minute drive from us, so if you want to see Phillip Leitch in action we are the perfect location for your short break!